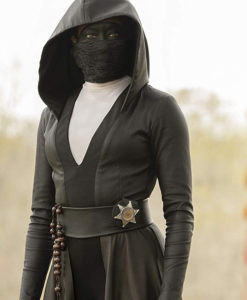 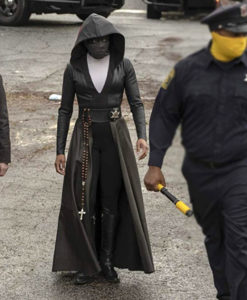 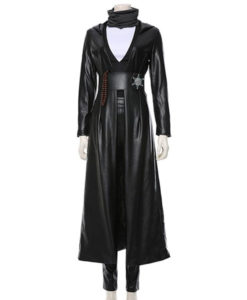 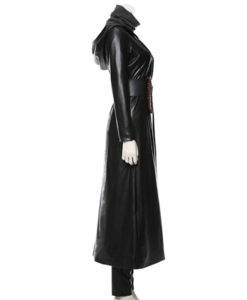 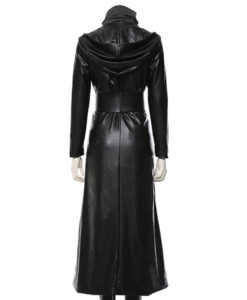 Inspired by Sister Night the character of Angela Abraham from the famous American superhero DC comic-based HBO series, Watchmen, released in 2019, this form-fitted long coat is as individual as you.

Played by the fabulous Academy, Golden Globe and Emmy award winning American actress and television director, Regina King, Angela Abraham is a detective, who is also known as Sister Knight who is seen investigating the murder of a dear friend and colleague, Judd Crawford. With the show set in the aftermath of the previously released Watchmen movie and the comics, it focuses on the deep-rooted racism in Tulsa and how an infamous white supremacist racist group, Seventh Kavalry is on a mission to target the local police forces and their families. Forced to keep their identities hidden, Regina King gives Angela a very chic yet mysterious look with the this long hooded sister night black coat. Crafted from 100% high quality genuine leather, this long coat has an inner polyester lining, which ensures both warmth and comfort on those chilly days. Missing no details from the original one worn by Regina King in Watchmen, the sister night costume has a front open style, long sleeves and open hem cuffs to add a hint of fashion. Having the hooded attached to the neckline, the coat has a broad belt on the waist with embellishments that flattering on all the right angles. Available only in black, this sister night coat can be worn for both cosplay and for an evening in some gothic gathering. 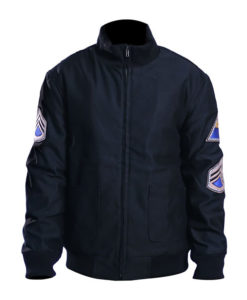 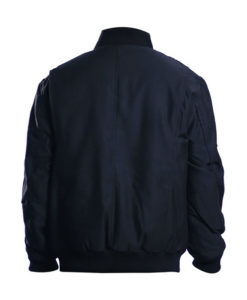 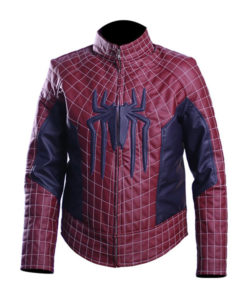 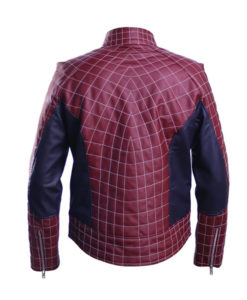 It's a Premium Quality Knockoff.