Want to look like untouchable Star Lord. Embrace yourself with our phenomenal star lord merchandise; you’re at the best place to get the extraordinary hand crafted premium star lord leather jackets and coats. Browse from our all variants of star lord jackets from guardian of the galaxy to the avengers endgame movies. 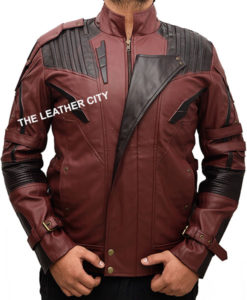 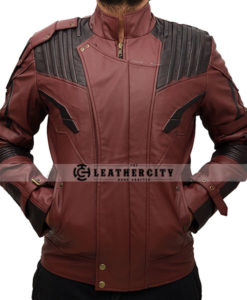 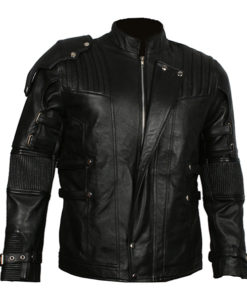 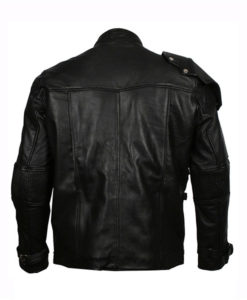 Everyone’s favorite Guardian of the Galaxy, Star Lord was first introduced by Stan Lee in Marvel Super-Heroes 18 in 1969. Regardless of their immediate fan following, Guardians of the Galaxy didn’t get a chance to fight evil for the next five years. However, after that we finally came across a separate series for everyone’s favorite Marvel team in 1976. From then on, this dysfunctional team made us all fall in love with their individual stories. Star Lord being the glue to this unique team of guardians, both the comics and movies have narrated how despite being a human, Star Lord has adopted so beautifully in an entirely alternate timeline of earth, while sticking true to his home planet through his groovy tunes.

Who said that you can’t look fashionable in an alternate universe? At least Star Lord didn’t. Rocking chic and finely stitched leather suits in not just the Guardians of the Galaxy Vol. 1 and Vol.2, Star Lord’s clothes look both snug and on point in the Avengers Endgame and Avengers Infinity War as well. Played brilliantly by Chris Pratt, we don’t think anyone else could have done justice to the character’s origin.

Stepping into darker times in the 2018 released Avengers Infinity War; Star Lord is seen in a different leather jacket called the Avengers Infinity War Star Lord Leather Jacket. Even though both the jackets possess similarities in their design and details, but the incorporation of both black and maroon shades in one makes it the best of both worlds. Garnered out of 100% real leather, we assure you that our leather jackets are true to the original ones and are finely stitched to perfection. Available at affordable prices, our wide range of Star Lord Jackets and Coats are bound to make you hooked on a feeling and high on believing in our quality products.