Have a Look at Halloween Collection 2021.
Free Shipping Worldwide.

Get ready to be styled wearing the revolutionary statement outerwear that is Overwatch soldier 76 Leather Jacket. This jacket is designed by taking inspiration from Overwatch Game, it is a first person shooter multiplayer game by Blizzard. This Soldier 76 as an offense hero has become most widely played hero in the game and attracts tons the youngsters, as players are choosing Jack Morrison aka Soldier 76 (Former US Soldier) as  it was previously starred in Star Craft 2 and now it has its own offensive feature in Overwatch – Origins Edition. And this premium costume jacket embodies Soldier 76 in Overwatch game.

This hand crafted Overwatch Jacket is now a popular costume statements for upcoming game events halloween and party fashion, you will surely appraised if you choose this Soldier 76 jacket for your next Overwatch event. The exterior part is of PU leather, and internal lining is of viscose. The Leather Jacket has stand-up collar with belted strap and 76 no. printed on the back. The blue and red stripes surely enhance the beauty of this jacket. Brilliantly done mishmash of grey, blue, white and red shades have formed Jacket winsome. It has a snap button on hems and two inside pockets. It is an ideal outfit for game-lovers and perfect outfit when you want to appear appealing and extraordinary. The time is yours now so enjoy and make your life better. 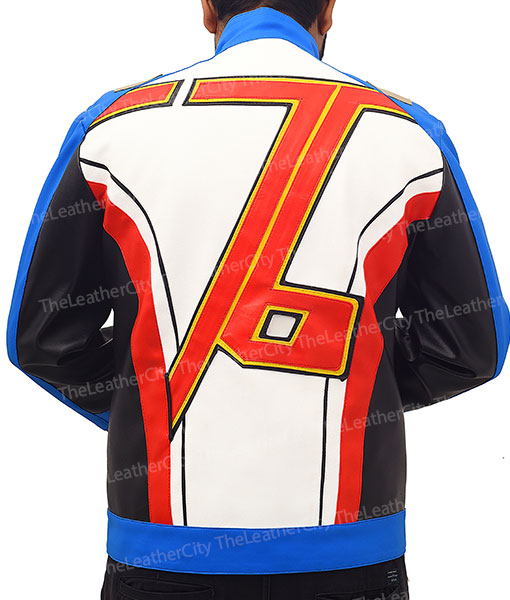